I was the perfect mother… before I had kids.

I had this whole mommy thing figured out, and anything I was unsure of could easily be solved by watching an episode of Supernanny, right? Yeah, not so much.

These are a few of the good, bad, and ugly things I wish someone had told me about motherhood. 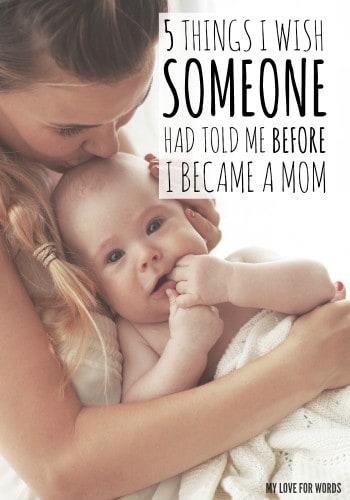 Many thanks to Poise for sponsoring this post. All thoughts and opinions are 100% my own.

“Believe it or not, you won’t mind being pooped, peed, or barfed on.”

I’m not saying it’s my favorite part of motherhood, but I learned pretty quickly that having a newborn meant I’d probably have someone else’s bodily fluid on me multiple times a day. Nursing my first child was basically like perpetually exiting a water ride without the fun, excitement, or eventual drying off period. That came many months later.

Surprisingly though, I didn’t really mind it. I didn’t love smelling like curdled milk or changing my clothes many times a day, but I loved being the one the kids got to cuddle with all day long, seeing their little smiles when their bellies were full, and having fun little songs and rituals to keep them entertained during diaper changes. I even loved patting their backs after they ate and feeling like a master of mommyhood when they let out a big (usually wet) burp.

And speaking of bodily functions…

“Enjoy controlling your bodily functions because it won’t last much longer.”

So technically, I actually was told about this one before having children. In 2005 my mom won a free cruise with Paula Deen (pretty cool, huh! And on my birthday, no less!), and she was sweet enough to take me along. 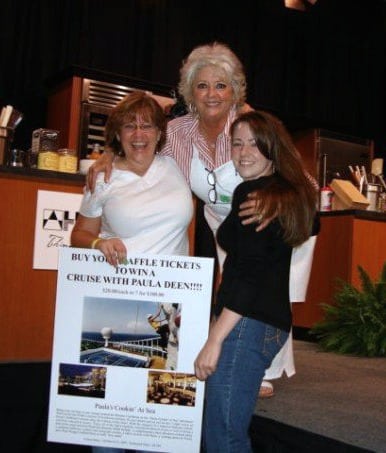 We got to see Paula at various planned events on the ship during which she shared a story about wetting herself. She said that she had been nominated for an award, and when her name was announced as the winner she was so excited that she accidentally peed on stage! Oh. my. gosh. Did she really just admit that? I was horrified. Amused and appreciative of her honesty, but my pre-pregnancy bladder and I were sure we’d never suffer such an embarrassing fate. Three babies later, we share some good laughs over our naivete.

I now know that this is called light bladder leakage (LBL) and is actually something one in three women experience. Paula and I aren’t alone, yay! It can be caused by weight gain, pregnancy, and some illnesses among other things, and is frequently triggered by everyday activities like sneezing, coughing, laughing, and exercise.

Thankfully, light bladder leakage doesn’t have to mean you end up with wet clothing. Poise pads and liners are specifically designed for LBL, which makes them an easy choice for dealing with this problem. 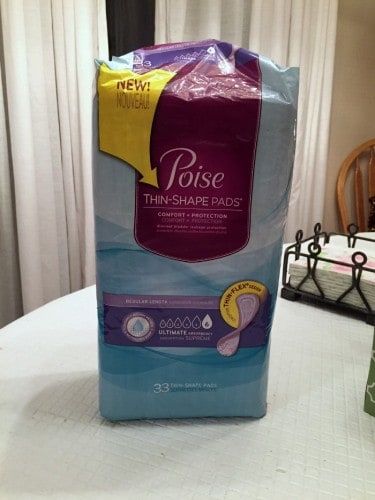 Poise Thin Shape Pads are designed to move with your body and offer extraordinary protection that’s still 3x drier than period pads to help you take care of leaks with confidence. Be sure to visit the Poise website to get a free sample.

Now my kids recycle my unused pads by playing with them. I think they think they’re giant stickers that can double as slippers or mopping socks. Whatever entertains them! Don’t you love how the wings help to hold them securely to her foot? (She’ll probably want to kill me for taking these pictures when she’s older.) 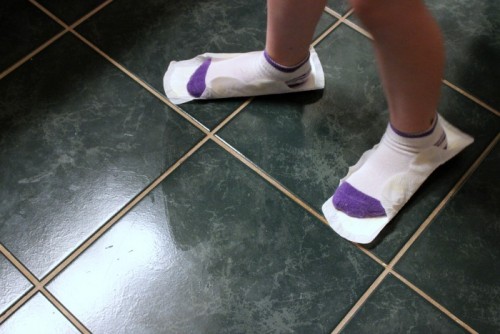 “You’ll be pushed beyond what you think you can handle, but you’ll become a better person.”

One lesson I learned very quickly as a full time stepmom is that I don’t have all the answers, and I have a lot of growing to do.

Motherhood has pushed me to the physical, emotional, mental, and spiritual edges more times than I can count, but I’ve become a much better person as a result. I’m less selfish, more patient, and can survive on a lot less sleep than I’d ever imagined.

“You may not want to lose your squishy belly.”

Pregnancy has not been kind of my physique. (Really it’s all the junk I tend to eat that hasn’t been kind, but who’s counting? Obviously not me and calories haha!) I have spent years now not really recognizing myself in pictures or mirrors. I’ve always heard that people who grow up overweight tend to see themselves as still being overweight after slimming down, but I think I have the reverse problem. I was an average weight until my mid-20s so I still think of myself as being at that average weight. It’s only when I happen to catch a glimpse of myself in a picture or reflective surface (which I try to avoid at all costs) that I see what I’ve really become. Jabba the Hutt ring any bells?

But truth be told, I’m not sure I want to lose weight. I say I do, and I’ve “tried” countless times, but my babies and toddlers like to crawl all over me and squish my belly, and I’d kind of miss that if we couldn’t do it anymore.

“Your kids will surprise you with what they see.”

My kids have surprised me quite a few times with how much they see and mimic. Sometimes it’s good stuff, sometimes it’s not so good stuff, but some of the most important and touching moments I’ve experienced have been on days when I feel like I’m messing everything up, and yet my kids still see the best in me. Or when I’m looking at pictures thinking I look terrible, and my daughter says, “You look beautiful, mommy.”

Our kids see past the external. They see our hearts, and they don’t expect us to be perfect. They forgive and move on so quickly; I still have a lot to learn from them.

What do you wish you’d been told before becoming a mom? Have you ended up doing something your pre-motherhood self never would’ve imagined? 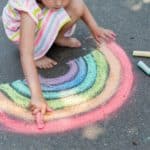 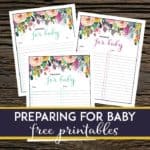 Preparing for Baby (and free printables!) 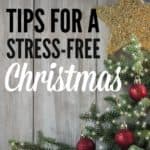 Tips for a Stress-free Christmas